The idea of this article came from talking to a good Coaching friend Annie Kimblin about the idea of writing a coaching book. We have got to a place where the book idea is in gestation and may or may not happen in the future. In the meantime, one of the areas we both had a particular interest in was reflecting on our Coaching journeys, how and why we have ended up as Coaches and how we can be the best we can possibly be in our work. 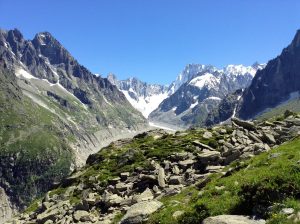 I talked to someone recently who had spent 35 years of their working life at Sainsbury’s and took me back to the early 1980s when I started out in my career. I started at Sainsbury’s as a raw and green Graduate Trainee after University not really having much of a clue as to what I wanted to do. Whilst its wasn’t for me as a company, I learnt about organisation skills, managing people, not to mention sheer hard work and a long hour’s culture. So much so that the next 2 years I spent traveling around the world, working in USA, New Zealand and Australia! I came back and did project management and marketing roles for British Telecom and Allied Dunbar, and then towards the end of my twenties, went into working in the voluntary sector, and a spell teaching in Further and Higher Education. Reflecting back, it’s what I would call an emergent approach, knowing that I liked working with and supporting people, but unsure where best these skills could be utilised.

After the hopping around in my twenties, my thirties brought some more focus, working in health promotion in the NHS at national and local level for a few years, until I joined a “Training and Enterprise Council” (TECs as they were known) to support all sorts of organisations through a national standard of good practice in developing people. I did this for the best part of 7 years as an Executive, Manager and ultimately Operations Director. On reflection it’s when things started to click for me, and I found at least the ball park area of work I wanted to work in; supporting people to become the best they can be but probably supporting people from outside an organisation on a freelance basis rather than internally.

Myself and my Co-Director set up in business in 2001: I have now been running Crowe Associates with Sally for nearly 19 years, and truly love what I do, a mixture of 1-1 and Team coaching and coaching training, along with some group facilitation. It’s not been a smooth planned journey and absolutely not incremental and linear, but I value the fact that I didn’t get stuck doing something that passed the time and paid the bills; work has always been a vocation for me, something I need to be passionate about. I also have a sense that with growing self-awareness, you find the career journey you need to be on; the changes come when you are ready for them, and not beforehand.

Whilst I was a line Manager and Director I managed a lot of people and started to understand at least implicitly that I was involved in coaching them; learning that I wasn’t doing the actual work myself anymore and my role as a senior Manager was about enabling others to deliver. 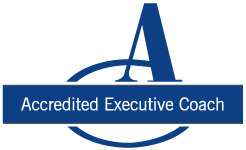 Three years down the line from becoming freelance I signed up to do the Oxford Brookes post graduate Coaching and Mentoring course. This was a solid and well organised course heavy on coaching theory (with some underlying therapeutic theory) and a lot of reflective practice. We also had to find coaching clients to work with and have regular supervision practice as we found our feet as Coaches.

Since 2004, I think I have worked with well over 350 coaching clients and trained in excess of 200 Coaches to become in house Coaches supporting others in their organisations. There has been a wide range of challenges that people have come into coaching to work on; career change, building confidence in their leadership, work on resilience in ever changing organisational dynamics to name a few. I have also found that some clients have worked through a coaching programme over several months and developed but have needed a bit of “coaching top up” a year or two down the line.

My own philosophy of coaching practice is a holistic approach to coaching to enable clients to make desirable and beneficial changes in both their professional and personal lives that help them develop and grow. I believe that for any human endeavour to grow and flourish, there are a complex mix of psychological and practical factors that help sustain real change.

Its fascinating looking at both the training and regulation of the coaching and psychotherapy sectors to see what a wide spectrum of accreditation approaches there are. It seems that a lot of people are able to call themselves professional Coaches, 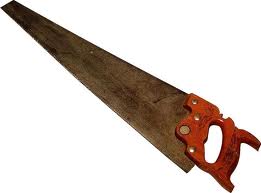 some without much in the way of training and qualifications, or through a very short coaching course. There is no explicit requirement of people to have formal accreditation to become a Coach. At the other end of the spectrum is psychotherapy, where people often spend 5 years going through rigorous training, supervision, their own therapy and building up 150 of hours of client contact before they can call themselves a therapist.

For me, a middle way has worked well by completing a post graduate Coaching and Mentoring course. I supplemented this a few years ago by gaining Executive Coach accreditation with the Association for Coaching and am a member of the Association, which requires ongoing continuous professional development. Around two years ago, I set up a local Coaching network with a focus on development and supervision which is working really well. We meet every 6 weeks and have a theory input on some aspect of coaching from one of the group, followed by a supervision session on our work with clients, and a general catch up on our work.

I have long had an interest in the underlying aspects and motivations of people’s behaviour. Several years ago, I completed a foundation course in counselling skills, and also a foundation course in group analytic psychotherapy. I took this one set further a couple of years ago and started training as a psychotherapist. I did this for 18 months and started seeing clients but struggled with level of work involved and keeping the day to day business going; I also felt that I was “good enough” as a Coach that can when the situation requires it, work deeply with people, as well as supporting self awareness and responsibility for action. I do feel that a sound psychological understanding of the areas of counselling and psychological therapies are an important foundation that enhance my coaching practice.

Its illuminating to reflect that I have inhabited a structured work life over many years, helping organisations plan for the future, putting in place strategic and human resources plans and performance management systems, but in the last few years I have moved 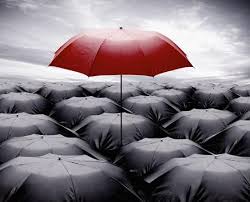 into much more fluid ways of working focussing on personal development, coaching, and working with groups looking at group dynamics and how best people work with one another.

I’m reminded of the Papua New Guinea saying: “knowledge is only rumour until it becomes part of the muscles”. I have moved away from more rigid planning approaches and embrace much more the interlinking of intuition and reflection with a modicum of planning, rather than using planning to be in the driving seat. I have always liked Peter Drucker’s thought that “culture eats strategy for breakfast”. I know from my approach to fitness that you can have all the plans in the world, but they can fail without the intuition to understand and self reflect, and deal with inbuilt “recidivism” of having several goes at making changes.

The future for me in terms of work will be about 1-1 and team coaching and continuing to support the in-house Coaching programmes I have work on with several organisations. I am currently working towards formal accreditation as a Coach Supervisor.

Final reflections; why do I coach?

It’s an important question to ask of ourselves in the so called helping professions; why do we do what we do? There are several answers to that question for me. I get a huge kick out of people self actualising and overcoming barriers in their lives. Coaching is a privilege; a unique window into someone else’s life and their professional and personal journey. 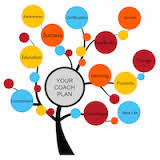 I trust that I have enough self-awareness and humility to understand that I also get a huge amount out of doing the work. There is something about Jung’s archetype of the wounded healer in the work; I help people with the things I need to work on myself. I also believe that whilst we are doing our utmost to help clients, we get the clients we ourselves need.

I hope the article has prompted some thoughts for you as a Coach or thinking about becoming a Coach. A few questions you might ask yourself are: