“The eternal problem of the human being is how to structure his/her waking hours”
Eric Berne, Games People Play

TA was developed by Canadian-born US psychiatrist Eric Berne during the late 1950s.
TA is designed to increase the communication effectiveness of individuals: just as we can make a financial transaction, TA examines the social transactions we make with one another on a daily basis.The concepts are a combination of Rogerian and Freudian personality theories. 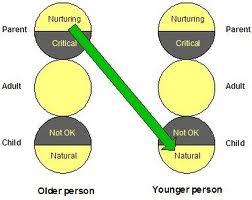 “Awareness requires living in the here and now, and not in the elsewhere, the past or the future.”
Eric Berne, Games People Play