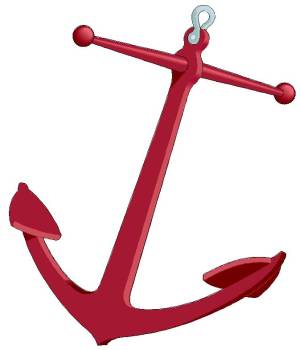 “Anchoring” is one of the fundamental tools of NLP which can be powerful in helping you to have more confidence, enthusiasm and be more relaxed when meeting people.

Its a simple way to allow you to change an unwanted feeling to a resourceful feeling in a matter of moments. When you create an NLP anchor you set up a stimulus response pattern so that you can feel the way you want to, when you need to.

In NLP, “anchoring” refers to the process of associating an internal response with some external or internal trigger so that the response may be quickly, and sometimes covertly, re-accessed. Anchoring is a process that on the surface is similar to the “conditioning” technique used by Pavlov to create a link between the hearing of a bell and salivation in dogs. By associating the sound of a bell with the act of giving food to his dogs, Pavlov found he could eventually just ring the bell and the dogs would start salivating, even though no food was given. In the behaviorist’s stimulus-response conditioning formula, however, the stimulus is always an environmental cue and the response is always a specific behavioural action. The association is considered reflexive and not a matter of choice.

In NLP this type of associative conditioning has been expanded to include links between other aspects of experience than purely environment cues and behavioral responses. A remembered picture may become an anchor for a particular internal feeling, for instance. A voice tone may become an anchor for a state of excitement or confidence. A person may consciously choose to establish and re-trigger these associations for himself. Rather than being a mindless knee-jerk reflex, an anchor becomes a tool for self empowerment. Anchoring can be a very useful tool for helping to establish and reactivate the mental processes associated with creativity, learning, concentration and other important resources.

It is significant that the metaphor of an “anchor” is used in NLP terminology. The anchor of a ship or boat is attached by the members of the ships crew to some stable point in order to hold the ship in a certain area and keep it from floating away. The implication of this is that the cue which serves as a psychological “anchor” is not so much a mechanical stimulus which “causes” a response as it is a reference point that helps to stabilize a particular state. To extend the analogy fully, a ship could be considered the focus our consciousness on the ocean of experience. Anchors serve as reference points which help us to find a particular location on this experiential sea and to hold our attention there and keep it from drifting.

Imagine what it would be like if you could, in a moment, go from feeling anxious to feeling decisive and absolutely capable right in the middle of a stressful interview when all eyes are on you, or dealing with an individual you struggle to get along with.

The NLP Anchoring Techniques can be accessed here