The Mehrabian formula for communications 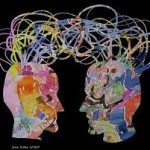 Professor Albert Mehrabian has pioneered the understanding of communications since the 1960s. He received his PhD from Clark University and in l964 commenced an extended career of teaching and research at the University of California, Los Angeles. He currently devotes his time to research, writing, and consulting as Professor Emeritus of Psychology, UCLA. Mehrabian’s work featured strongly (mid-late 1900s) in establishing early understanding of body language and non-verbal communications.

Mehrabian’s research provided the basis for the widely quoted and often much over-simplified statistic for the effectiveness of spoken communications:

Here is a more precise (and necessarily detailed) representation of Mehrabian’s findings; the formula applies to communications of feelings and attitudes:

The ‘Mehrabian formula’ (7%/38%/55%) was established in situations where there was incongruence between words and expression. 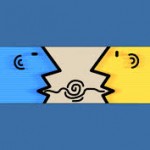 That is, where the words did not match the facial expression: specifically in Mehrabian’s research people tended to believe the expression they saw, not the words spoken.

Mehrabian did not intend the statistic to be used or applied freely to all communications and meaning, however this is what has happened!

The Mehrabian model is particularly useful in illustrating the importance of factors other than words alone when trying to convey meaning (as the speaker) or interpret meaning (as the listener), but care needs to be taken in considering the context of the communication: Style, expression, tone, facial expression and body language in Mehrabian’s experiments did indeed account for 93% of the meaning inferred by the people in the study, but this is not a general rule that you can transfer to any given communications situation.

For more information about Professor Albert Mehrabian and his work:  www.kaaj.com/psych