7 reasons to say what’s on your mind

(Based on an article by Dr. Susan Newman, author of “the Book of NO”) 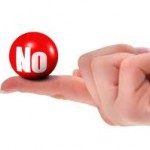 The other day, I was thinking about my mother and regretting all the times I wasn’t as generous or as warm to her as I should have been. Of course, over the years there were several major incidents that now make me cringe, but what really seems to bother me most is actually relatively trivial. When I had young children, my mother had a habit of ringing at precisely the worst time of day….dinner time.

Instead of telling her right from the start that this was my tear-my-hair-out moment and could she call back later, I took her calls. A pattern formed of her ringing at this set time of day and me giving terse, monosyllabic answers or snapping at her. Now, whenever I remember these conversations, I wish I could turn the clock back and pick up the phone that first or second time and say “Mum, Id love to talk, but can we arrange a time when I’m not so frantic?” How hard would that have been? But instead of speaking up, I resented her for calling and set a negative tone that coloured our relationship for a disproportionately long time.

Saying exactly what we mean isn’t something most of us are trained to do. From childhood, were taught the art of “people pleasing”- of saying yes, even if we mean no, holding back from saying anything that might offend and toning down forthrightness in case it might come across as being considerate or arrogant.

But there are some very good reasons for trying to unlearn those early lessons now and not holding off from speaking your mind. Here are 7 of the best that will work for you

1. You wont feel disappointed in yourself 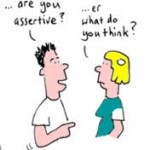 Ever walked away from an encounter wanting to take a hammer to your head as you’re so angry for not saying what you meant? The fact is that biting back what you really want to say can be tantamount to hitting the self destruct button. Racing against time to pick your friend up from the airport? Your fault for not saying you had too much on already that day. One of the worst things about failing to say what’s on your mind is that you’ve absolutely no one to blame but yourself

2. You won’t end up resenting other people

How many times have you clattered around the house seething with anger because you’re doing everything and nobody else if lifting a finger to help you? How often have you been short with friends who have unwittingly upset you or directed bad karma thoughts at colleagues who seem blissfully oblivious to the fact that you’re taking on more than your fair share of work? Were so unused to spelling out our needs that we expect those around us to guess them instead; and get outraged when they don’t. By speaking up, you’re giving those closest to you a chance of meeting your needs rather than becoming victims of your unexpressed resentment

It’s your birthday and your sisters given you yet another bottle of the same perfume-the one you detest. “Don’t be silly, I know how much you like it” she says when you try and protest about her spending so much. You kick yourself for not telling her 5 birthdays ago that while you’re touched at the thought, it’s not quite your taste, and could you change it for one you’d really like? Not speaking out can sometimes lead to a lifetime of regrets that can eat you up inside. For example, if you’d only told your boss you wanted to contribute more, you’d have been more fulfilled in your career. Life’s too short to regret the things you don’t say

4. You’ll feel good about yourself

Talking about the phrase “getting something off your chest”. Speaking out, particularly on important subjects, can feel like a weight literally being lifted off you. Being assertive is good for you; it increases your self confidence and makes you believe you’re taking control of your own life. What’s the worst thing that could happen if you tell everyone that, while you love the usual family get together at Easter, this year you’d like to go abroad? Yes, some relatives will have to make other plans, but they might enjoy the break from routine as much as you do. At the very least, you’ll be free from the weight of unexpressed dreams, which are the heaviest of all

5. You’ll get what you want 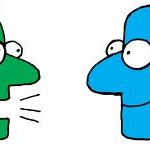 Most of us feel its too demanding to articulate what we crave. So instead we might come out with half requests in the hope that others might fill in the gaps. So you say “it would be great if you could give me a hand for 5 minutes” when what you mean is “if you stayed behind for an hour to help me, I might be able to leave work before midnight”. If you say what you want, your needs will be met, and you’ll end up a happier person. Similarly, you must say what you don’t want. When your boss dumps an assignment on you, don’t automatically say “that’s fine”. Instead try “Id like to help, but I’ve got a lot o at the moment. Can we see how best to get it done in the light of this other work I’ve got to do?” That way, you’re not saying no, but you are emphasising your value, as well as negotiating a more realistic workload

6. You”ll be truly understood by others

All of us deep down, want to be truly understood by other people. Yet without saying exactly what you mean, you risk being perpetually misinterpreted. How many times have you looked at someone you know well and thought, “if you really knew me, you wouldn’t have said/done that”. But how are they expected to know if you never say out loud what’s actually going on in your head? By getting your real thoughts out in the open, you may not always be as nice, but you’ll be 10 times more real-and that’s surprisingly rewarding

7. Your relationships will improve 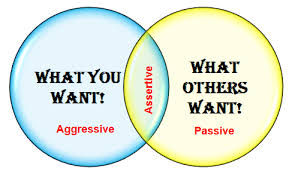 People prefer honesty, even if you’re not telling them what they want to hear. Alan Bennet once said he wished he’d learned earlier that’s there’s nothing you can’t say and no one you can’t say it too. For example, you tell your best friend that you and your partner are going away for the weekend to celebrate your anniversary and she says, “that sounds wonderful, we might join you”. At this point, you could do 2 things. You could say nothing, and then stew for days about how she’s hijacked your romantic weekend and should have known not to tag along. Or you could tell the truth. “Actually, wed like to be on our own”. She might be disappointed, but shell get over it and its better than spending the foreseeable future wondering what she has done to upset you because you’re acting so weirdly around her

5 steps to start speaking your mind