How good are we at dealing with frustrations or fallouts with others around us? I came across an article from a fellow Coach about the whole idea of “rupture and repair”; something which originated as a concept in psychotherapy but is pertinent in all our relationships. It also took me back to the psychotherapy training I did a few years back, where the idea of rupture and repair was seen as being central to relationships. The dictionary definition of rupture is “to cause something to explode, break or tear” and is a good description about the dangers of fallout. Rupture is when something happens in a relationship where there is a misunderstanding, a frustration with someone that irritates us, or perhaps a loss of trust due to something someone has done. The repair element is self-evident; the steps that happen to deal with a rupture from one or both parties to heal that rift or bring back that trust that was lost.

It’s equally relevant to all of us as people, and certainly comes into play in lots of the work I do with coaching clients who are facing difficulties in relationship with someone inside or outside of work. I own my own challenges with even the prospect of rupture, having struggled with conflict from an early age, growing up in a family where there was a good deal. I have learnt over the years to face it much more often, but have to steel myself to do it; perhaps to be fair though it doesn’t really come naturally to any of us? I can’t think of many people that welcome the idea of rupture….and some who will go to extraordinary lengths to avoid it.

So, whatever your philosophy and approach to the idea of rupture and repair, however carefully we tread around others (and them around us) we can’t avoid having to face the idea of falling out and the skill and courage needed to make things whole again.

“Ruptures are a daily occurrence in all our relationships and…our systems only need to receive resonance and reflection on the first try at connecting about 33% of the time to cultivate security. All the rest is optimally rupture and repair” (Bonnie Badenoch) 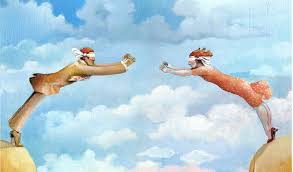 Ruptures can be big or small, and even overt or covert; it could be a simple misunderstanding with someone or a more fundamental breakdown in trust like finding out a secret or that someone has said something negative about you to others. It’s interesting also to think about how many of these are “mini ruptures” that in themselves are minor irritations but get to the point where we feel we have to say something to the other person-the straw that breaks the camel’s back.

There is always the judgement call as to whether they surface and someone tells the other person, or whether they lie dormant and not mentioned for fear of de-stabilising things. An example (I’m not proud of by the way but by way of showing vulnerability and honesty) is a situation a while back with a good friend who I have known for several years where I felt like I was making all the running in terms of keeping contact. I have a strong core value about reciprocity in friendships where both people make a similar amount of effort to maintain the friendship. What I didn’t know was what was happening behind the scenes for that person who was dealing with a personal issue within their family. I made what I would call an “assumptive close” and ascribed the lack of effort as I saw it to indifference. This came to light when I deigned to risk my precious dignity and pick up the phone to talk to this person! 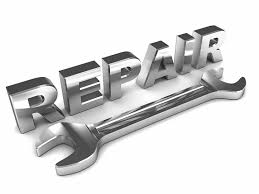 So, what are the elements of “repair” that we need to fix things? The brilliant School of Life article describes repair as something that “refers to the work needed for two people to regain each other’s trust, and restore themselves in the others’ mind as someone who is essentially decent and sympathetic and can be a ‘good enough’ interpreter of their needs….repair isn’t just one capacity among others, it is arguably the central determinant of one’s mastery of emotional maturity; it is what identifies us as true adults”.  This idea speaks to me a good deal; that one of the most important elements of emotional maturity is our ability to reach out and repair, or to be open when others take the risk with us.

This takes skill and ongoing learning and perhaps some or all of the following skills:

The ability to apologise

There are schools of thought that suggest apologising whatever the circumstances and whether you think you created the fallout or didn’t; perhaps you need a medal or a sainthood to do this! But being able to make a move and be the proactive one to talk through and give a little ground feels eminently sensible and shows emotional awareness, even if you have to give way from feeling wronged.

The ability to forgive

How much are we able to listen to someone else apologise, even if its what I would call an iterative apology and not spoken out loud but by someone’s actions? Are we able to hear it and go back to the place we were before the rupture? If we have apologised but feel it wasn’t all our fault (as it often isn’t: fallouts take two to tango) can we forgive the other person or do we secretly nurse the grievance while overtly communicating it as closed?

I would suggest that teaching and learning are two ends of the same spectrum, like the idea that “we teach what we need to learn”. There is something profound in ruptures and repairs about our own learning and the learning of others around us. How do we get to a place where we can hear constructive and well-meant feedback from others? I have been coaching a long time now, but always take some deep breaths before a session with a client where I have to give them some difficult “360 feedback” given anonymously by colleagues.

From a teaching others point of view, can we allow the other person to take away lessons that might be small and incremental and learn the lesson in their own time-or are we going to ram them home when we have the chance?

The ability to discern

For me there is one more key skill to repair; the best description I can come up is to discern. How likely is it that the person you are feeling the frustration with is going to be open to working through with a robust discussion, be able to open up to admitting their mistakes, and take a measure of responsibility? This may sound hard headed but there is an opportunity cost equation at play. If they aren’t and you have tried at least gently, then there is a question about whether its worth the time and effort- and personal pain- to raise the rupture in the first instance: but perhaps also check in with yourself to make sure you have tried at least gently to raise the issue with the person and accept that their learning may not be at the stage where they are able to hear feedback 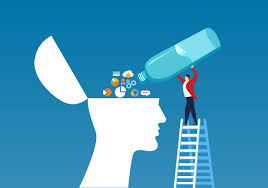 I trust that after many years of effort and mistakes that have led to incremental learning (as James Joyce said “mistakes are the portals of discovery”) I have tried to not get so worked up about other people’s behaviour in the first instance: to work towards having a greater acceptance of people’s quirks and idiosyncrasies as I get older, as well as my own!

Perhaps there is also the notion that we need to care enough about somebody to have a fallout, and the people close to us we can afford to take more risks with in the knowledge that repair can and will happen, and paradoxically its often part of having a healthy and robust relationship. Ultimately, there is the learning that we can we climb the mountain of courage that allows us to be humane and humble enough to apologise when we can, to know when its not going to work and to forgive and (slowly) teach and learn.

“When we experience a break in connection followed by repeated attempts at repair until the bond is restored, we build implicit pathways of resilience. We come to know in a visceral way when things break down interpersonally, someone will return to help us come back into relationship. That wired in optimism and expectation makes it much more likely that we will form relationships that have this quality” (Bonnie Badenoch)