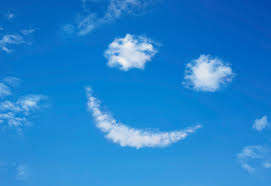 Half a century ago, over 50% in Britain said that they were very happy; today, approximately one third of the population feels the same way- despite the fact that the British have tripled their wealth over the past 5 decades. We see similar trends around the world. With the rapid growth in the Chinese economy comes a rapid growth in the numbers of adults and children who experience anxiety and depression. In theUS, rates of depression are 10 times higher today than they were in the 1960s, and the average age for the onset of depression is 14 and a half compared to 29 in 1960.

Even though our generation-in most Western countries as well as in an increasing number of places in the East- is wealthier than previous generations, we are not happier for it. A leading scholar in the field of positive psychology Mihaly Csikszentmihayli, asks a complex question: “if we are so rich, why aren’t we happy?”

If it not wealth- and as numerous studies show, it is not prestige and status either-what is it? In other words how can you make 2008 a happier year? Positive psychologists attempt to answer this question by drawing on rigorous scientific evidence. Here are 4 key ideas, basic lessons from the science of happiness.

1. Give yourself permission to be human 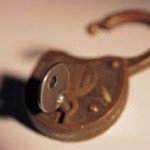 There is a great deal of negativity and disapproval towards painful emotions in our culture. Many believe experiencing emotions such as anxiety, sadness, fear or envy means that something is wrong with us, when in fact the opposite is the case. Two kinds of people do not experience these painful emotions; psychopaths and dead people.

When we reject these emotions, when we don’t give ourselves the permission to be human, we pay a high price. These painful emotions only intensify, and we feel worse. To draw an analogy, what kind of life would we live had we refused to accept the law of gravity? For one, we may not survive more than a few seconds if we truly refused to accept that things-and people are no exception-fall when left in midair. Even if we did survive, though, rejecting the natural law would lead to frustration and unhappiness.

Most people, wisely, accept the law of gravity, and then work with it, celebrate it, and even benefit from it (imagine, for instance the 2012 Olympics without the law of gravity). While our full range of emotions is as much part of human nature as the law of gravity is part of physical nature, many embrace the latter and reject the former. To lead a fulfilling, healthy life, we need to accept our emotions as we do other natural phenomena. This year and every year of out life, would be much happier if we learnt to truly accept our humanity. Nobel prize winning psychologist Daniel Kahneman and his colleagues ran a study showing the effects of having too much on our plates. Women were asked to list and describe the activities in which they engaged the previous day, and then report on how they felt during each activity. The women listed eating, working, taking care of their children, shopping, commuting, socialising, intimate relations, housework and so on. The most unexpected finding was that in general, mothers did not particularly enjoy the time they spent with their children.

There is little doubt that mothers love their children, possibly more than anything in the world, and yet as a result of having too much to do, they cannot enjoy time with them. Cell phones, emails-the rising complexity of modern life add to the constant time pressure, and to the experience of potentially enjoyable activities as distracting.

Time pressure is pervasive, and to some extent, accounts for the culture wide increase in rates of depression. We are, generally, too busy, trying to squeeze more activities into less time. Consequently, we fail to savour potential sources of happiness that may be all around us- whether it is our work, an outing, a piece of music, the landscape, our soul mate, or even our children.

More and more studies in the area of mind-body medicine whow the mental health benefits of physical exercise. Michael Babyak and his colleagues atDukeUniversityMedicalSchool, for example, showed that exercising 3 times a week for 30 minutes each time was as helpful to patients diagnosed with major depressive disorder as taking an antidepressant. Moreover, those who were on the drug were 4 times more likely to relapse once the intervention ended than those who exercised.

Is exercising, then, like taking an anti depressant? Not exactly. In essence, not exercising is like taking a depressant. We have the need for exercise, and when this need is not fulfilled, we pay a price. We were not made to be inactive, sitting in front of a computer all day. We were made to run after an antelope for lunch, or run away from a lion so that we don’t become lunch. We frustrate a physical need when we don’t exercise, and when we frustrate a need- of vitamins, proteins, or exercise- we pay a price for it. John Ratey, aHarvardMedicalSchoolprofessor says that: “In a way, exercise can be thought of as a psychiatrists dream treatment. It works on anxiety, on panic disorder, and on stress in general, which has a lot to do with depression. And it generates the release of neutrotransmitters-norepinephrine, serotonin and dopamine- that are very similar to our most important psychiatric medicines. Having a bout of exercise is like taking a little bit of Prozac and a little bit of Ritalin, right where it is supposed to go”.

And, I should add, with the potential positive side affects of increased self esteem, improved mental functioning, a longer life, better sleep, better sex, and a stronger immune system.

Exercise, it misy be stressed, is not a panacea, and sometimes drugs are important-each case of depression or anxiety ifs different, and some people may be helped by drugs and not by exercise. However, in many cases, exercise can be as effective as or more effective than drugs, and we should use this natural remedy more often.

4. Focus on the positive 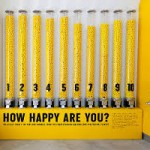 Happiness does not only depend on the external events in our lives bit also on our interpretation of these events. This is why a person who seems to have everything may be unhappy and a person with little may be living a happy life. Our happiness levels are not only dependent on what we have, but also on whether we appreciate what we have.

One of the main barriers to happiness is that we tend to take for granted the good things in our lives, the full part of the glass. We rarely think about how blessed we are to have our health, or our friends, of the food on the table. After something bad happens to us-such as a loss or an illness-we often appreciate the good fortune we have had all along. Such awareness, such appreciation, is short lived, though; we promptly adapt to our good fortune and no longer notice the wonderful things in our lives.

The question we must ask ourselves is; must things get worse before we recognise how wonderful life was? Do we need something negative to happen to us, a tragedy, to appreciate life? The answer is “no” if we make gratitude a way of life-because to be grateful for something is the opposite of taking it for granted. When I am grateful for the food on my table, for my health, and thankful for having a loving family, I no longer take these parts of my life for granted.

The results were remarkable. Over the period of doing the experiment, the 1st group, those subjects who listed the things for which they are grateful, felt much better about life, were more optimistic, had fewer physical symptoms, were more likely to achieve their goals, and helped others more. There were physical and mental benefits to this exercise.

How does gratefulness become a habit for someone not naturally disposed to being grateful? Through repetition. The exercise that Emmons and McCullough suggest is simple, and does not take more than a couple of minutes a day. The key is to focus, become mindful-rather than do it as a matter of routine, on autopilot. When writing down something, fill yourself up with the emotion of gratitude, visualise your parents, or friends, a meal, or whatever it is you are grateful for. Do this exercise with your partner or children or parents once in a while. Try it for at least a month, which is about the period it takes to form a new habit.

When we make a habit of gratitude, we no longer require a special event to make us happy, not even New Years celebrations, because if we really look, then every object in the wonder-filled world around us is unique and special-an object worthy of beholding and appreciating.

Extract from Tal Ben-Shahar article on happiness (author of Happier: learn the secrets to daily joy and lasting fulfilment; McGraw-Hill 2007)