“For myself I formulated a little notion that art is in general the psychological component of the immune system. As the body tries to heal itself from any stress or shock or infection, the corresponding harmonic in consciousness is art. And so our constant struggle to pull ourselves together and to deal with difficulty and with injury and with threats and fears manifests itself at the psychological level as art. We may not think at the moment it’s the most valuable thing we do, but of any past civilization the one thing that we want to preserve is their art. Because it still operates for us as medicine” (Ted Hughes)

I was at one of our “An Duir” networking meetings recently, and we somehow got onto the topic of creativity: what it is, how it works, whether it’s deliberate or accidental, do we all have it?. 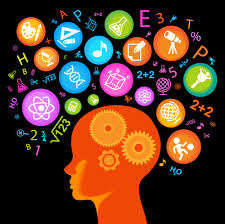 ‘Creative’ is one of the most popular adjectives in today’s world. Everybody wants to be a creative individual, find a creative solution, come up with an original business idea or express their creativity in their work or their “play”. There are many synonyms for the word ‘creative’: ingenious, clever, prolific, innovative, gifted, inspired, inventive, original, stimulating. But what does this word really mean? And how can we activate our own creativity?

Creativity is the act of turning new and imaginative ideas into reality. Creativity is characterised by the ability to perceive the world in new ways, to find hidden patterns, to make connections between seemingly unrelated phenomena, and to generate solutions. Creativity involves two processes: thinking, then producing. It could be argued that if you have ideas, but don’t act on them, you are imaginative but not creative; it’s an interesting point to put both these elements together (thinking +producing=creativity)  and adds a hard, pragmatic edge to the potential dreaminess of imagination.

Creativity is a mental and social process involving the discovery of new ideas or concepts. It is the ability to make or otherwise bring into existence something new that has a value – be it a new solution to a problem, a new method or device, or a new artistic object, form or idea. Either way, the end result of creative thought is both original and useful. I would also argue that it doesn’t have to have a social usefulness; it can be solely for the benefit of the creator…

Are we all creative?

There are a number of personality traits have been shown to be associated with creative productivity:

OK, so we can’t all be a Picasso, or a Monet, or on a more contemporary basis swapping to music, a Weller or an Adele. I think there is a tendency of not thinking of ourselves as creative, when in fact we we are in small, incremental ways, especially when we are working in areas that aren’t seen as explicitly creative like the arts, media or writing.

“While nobody can deny the fact that some people seem to be blessed with particular creative leanings, research has shown that anyone can increase their chances of coming up with new and original ideas – even have the much sought after AHA! experience – that is, if they would only immerse themselves in the little understood process of creation.” (Mitchell Ditkoff).

I think creativity expresses itself in a multitude of different ways; most obviously in our work where we spend a lot of the week; for me, its designing a new session on Team Coaching, writing an article, thinking through new approaches to involving wider stakeholders as part of a Partnership session. It’s also very much there in our lives outside of work: at home in our photographs, our music, our cooking, our writing, and in the language we use to express ourselves, whether we are the actual consumers or producers of creations. For me personally, a lot of my creativity finds an outlet through activities I am doing for myself: sitting down and playing the piano for an hour, writing an article, even looking at a room I’m sitting in and wondering whether it would be more aesthetically pleasing and/or functional if it was arranged in a different ways!

Is it all planned or accidental? 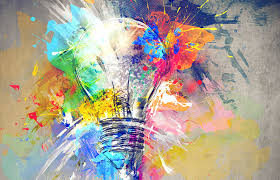 Thomas Edison talked about the 99% perspiration and 1% inspiration idea, but I wonder if some of it is “being in the creative zone?”. Philip Larkin said “most things are never meant” and I think there are a lot of accidental discoveries when we are in a creative space. In the Alexander technique there is a saying that progress is made “when preparedness meets opportunity”.

Maybe we need to be in a space where we are receptive and open to the creative urge; Mihaly Csikszentmihalyi has a good talk on TED about  “flow”, when we get lost in the pleasure of what we are doing as one of the secret’s of happiness

I also wonder if what the creator starts with is at times quite different to what he or she ends up with; we come across lots of articles about great pieces of art which still retain a mystery at their heart: is the Mona Lisa smiling, what do the lyrics of stairway to heaven really mean ( will we ever know?!), not to mention the multiple interpretations of books and poems…. 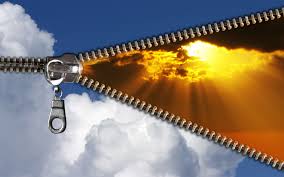 Goleman and Kaufmann in a Psychology today article talked through elements of the stages of creativity. You’re out for a jog, completely relaxed, your mind a pleasant blank. Then all of a sudden the solution to a problem you’ve been mulling over for weeks pops into your head. You can’t help but wonder why you didn’t think of it before. In such moments you’ve made contact with the creative spirit, that elusive muse of good ideas….

That flash of inspiration is the final moment of a process marked by distinctive stages—the basic steps in creative problem-solving. The first stage is preparation, when you search out any information that might be relevant. It’s when you let your imagination roam free. Being receptive, being able to listen openly and well, is a crucial skill here. A barrier is self-censorship, that inner voice of judgment that confines our creative spirit within the boundaries of what we deem acceptable. It’s the voice that whispers to you, “They’ll think I’m foolish,” or “That will never work.” But we can learn to recognise this voice or judgment and have the courage to discount its destructive advice.

Once you have mulled over all the relevant pieces and pushed your rational mind to the limits, you can let the problem simmer. This is the incubation stage, when you digest all you have gathered. It’s a stage when much of what goes on occurs outside your focused awareness, in the unconscious: “you sleep on it.”

The unconscious mind is far more suited to creative insight than the conscious mind. Ideas are free to recombine with other ideas in novel patterns and unpredictable associations. It is also the storehouse of everything you know, including things you can’t readily call into awareness. Further, the unconscious speaks to us in ways that go beyond words, including the rich feelings and deep imagery of the senses.

We are more open to insights from the unconscious mind when we are not thinking of anything in particular. That is why daydreams are so useful in the quest for creativity. Anytime you can just daydream and relax is useful in the creative process: a shower, long drives, a quiet walk, sitting for a few minutes in a quiet room.

With luck, immersion and daydreaming lead to illumination, when all of a sudden the answer comes to you as if from nowhere. This is the popular stage—the one that usually gets all the glory and attention as the “Eureka” moment, the moment that people sweat and long for, the feeling “This is it!” But the thought alone is still not a creative act.

The final stage is translation, when you take your insight and transform it into action; it becomes useful to you and possibly to others.It can be just for you, and a way of encouraging “flow” in things you like doing.

” No matter how hard you think you worked for them, your knowledge and skills are not yours. They were gifted to you. The best way to say thank you is to give them away”(extract from 101 things we should teach new emergency med techs)