Gerbil on an eternal wheel, running faster and faster

Conditioned to speed by what? A past of never staying still

Always achieving in academia, music, general do gooding (more nights out than in)

For fear of what might happen if I stop and reflect.

As the doors of perception slowly, agonisingly prise open

I sit at home next to an open fire, between the busy streets of the week

Allow the calmness and solitude time to slowly unfold

My body sighs thank God, and wistfully yearns for more

Before I’m sucked by a giant hoover into the cleaning schedule of next week.

My heart and mind with the slow infusion of age, wisdom and reflection

Starts to comprehend and intuit the route I will take if ever this hurrying is over. 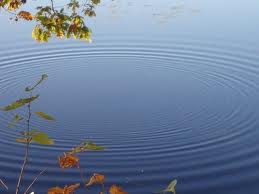 The poem  I have written about taking time out might seem a little negative, especially about the work I do, which I love. It’s not meant to be, more a growing recognition that time out is an important part of my life, not just a passing luxury that I might occasionally give in to.

We live in a world that privileges work, productivity, and speed, so when I take the time to do nothing in particular, I feel guilty. At its worst I call it “hurry disease”. I also understand some of that belongs to the external world, and some of it belongs to my internal landscape and history. The external world pushes for plans, objectives and deadlines, but my internal world also sets the pace at which I do things, often getting documents and reports back to people before I said I would, making a “to do” list at the weekend (though to be fair I haven’t done this for quite a long time!), and thinking of all the improving things I haven’t got around to yet. 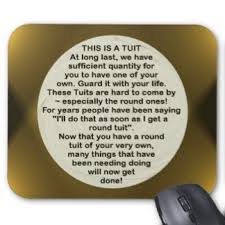 Maybe this idea is the antithesis of the “round tuit” wall plates which I first came across when I lived in New Zealand. A popular poem appeared sometime in the 20th century, using the word play from the phrase “when I get around to it”. The Round Tuit is an object that can be used as a motivational tool for anyone who procrastinates, delays and puts off tasks. But what happens if what your mind and body is saying is that you don’t really want to do that particular thing? We hear lots about beating procrastination, but less about the underlying aspects of why we might not end up doing something. In Coaching we often use a “scaling question” to assess somebody’s motivation to follow through; how much do you really want to do this?

JC Peters, a Yoga instructor, uses the analogy of a fallow field as an image for taking time out to relax, and watch rubbish films and series. She thinks  it’s for the same reason growing fields need to sometimes lie fallow. Farmers will occasionally plough a field that normally grows a crop like corn or wheat, and simply not seed it for that growing season. The blank, unseeded space is a “fallow field.” 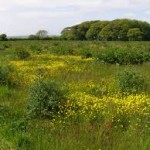 During this time of apparently nothing, the soil is regenerating, and restoring its fertility so that by next season it will be ready to grow. The farmers don’t treat the soil, inject it with fertilizers, plant better seeds, or poke at it with a magic wand. They just get out of the way.

We want so much to have control over our lives, our health, and our happiness. She talks about the yoga and wellness communities, where there are lots of extra tools that they can’t find in conventional medicine. So what do they do? They constantly mess around with our physical issues and mental health—at the expense of the simple, humbling medicine of just getting out of the way.

She believes we are a culture of human doings, not human beings. We are not in the habit of taking time off to let the body and mind do their mysterious internal work. Have you ever tried going to a coffee shop alone and drinking the coffee—maybe just looking out the window?

My own metaphor is a “self nurturing tank” or reservoir; this is a tank that you have inside that is like a reservoir; you use it all the time in giving to people, in supporting, in being with and there for your family and partner, friends and work colleagues.

However, you need to fill it up for yourself, as well as giving out, or the reservoir runs dry; this may come from doing the things that you find energise you. For some these are “internally referenced” like reading books, or slipping off to have a quiet hot bath; for others these are about spending time with friends, or going out to play sport or watch a film. Some of this will depend on how introverted or extroverted you are, so it’s important to know what your “fill up mechanisms” are, and hold on to them.

Taking the time to lie fallow/to fill the reservoir or whatever image works for you, whether it’s a few minutes at the end of the day, or months of quiet after a stressful or traumatic event, can regenerate your creativity, energy, and whatever else you may not even know that you need. Trust your fallow field, and it will be ready when the growing season comes.

Personal well being The 4 cylinders Model

Some ideas on living the quiet life