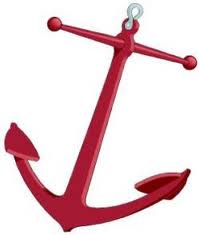 Neuro-Linguistic Programming (NLP) is a controversial approach to psychotherapy and organisational change based on “a model of interpersonal communication chiefly concerned with the relationship between successful patterns of behaviour and the subjective experiences (esp. patterns of thought) underlying them”. Its also referred to as “a system of alternative therapy based on this which seeks to educate people in self-awareness and effective communication, and to change their patterns of mental and emotional behaviour”.

The co-founders, Richard Bandler and linguist John Grinder, claim that NLP is instrumental in “finding ways to help people have better, fuller and richer lives”. They coined the term “Neuro-Linguistic Programming” to denote their belief in a connection between neurological processes (“neuro”), language (“linguistic”) and behavioural patterns that have been learned through experience (“programming”) and can be organized to achieve specific goals in life.

Its worth saying that NLP does have its detractors and cynics, as well as as its advocates. Some stress the lack of empirical evidence of the approach, and others what could be construed as controlling aspects of the NLP approach to persuade other people to do the things that you would like them to.

NLP consists of a set of powerful techniques for rapid and effective behavioural modification, and an operational philosophy to guide their use. It is based on four operational principles, which below these headings are explained in more detail.
1. Know what outcome you want to achieve.
2. Have sufficient sensory acuity (acuity means clear understanding) to know if you are moving towards or away from your outcome
3. Have sufficient flexibility of behaviour so that you can vary your behaviour until you get your outcome.
4. Take action now.

It is important to have specific outcomes. Many people do not have conscious outcomes and wander randomly through life. NLP stresses the importance of living with conscious purpose. In order to achieve outcomes it is necessary to act and speak in certain ways. NLP teaches a series of linguistic and behavioural patterns that have proved highly effective in enabling people to change the beliefs and behaviours of other people.

In using any of these patterns NLP stresses the importance of continuous calibration of the person or people you are interacting with in order to see if what you are doing is working. If it is not working it is important to do something different. The idea is to vary your behaviour until you get the results you want. This variation in behaviour is not random. It involves the systematic application of NLP patterns. It is also important to take action, since nothing ever happens until someone takes the initiative. In short, NLP is about thinking, observing and doing to get what you want out of life.