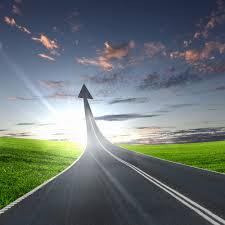 Asking someone starting work in Coaching to take you through their background is an important part of an initial session. It establishes rapport and interest in the whole person, not just the work person. The “whole” person has evolved from life experience, so for both the client and the Coach, telling and hearing the life story is one way to begin to understand the client’s world

At the end of the article are a couple of tools; an “autobiography” tool to help individuals shape their own approach, and an alternative “Life chapters” exercise, both of which can be helpfully used.

Typically, this approach has a reflective element to learn from whats happened in people’s history, where they are now, and then a forward looking element to shape the future. This may not be spelt out in detail, but maybe an overall direction of travel.

“The unexamined life is not worth living.” Socrates at his trial for heresy

There are a number of compelling reasons for doing it:

Whats interesting about this exercise is that it challenges some of the basic principles about what Coaching is and isn’t; some see an increasingly “fuzzy” boundary between Coaching with its focus on the immediate and future, along with goal orientation, and counselling with a focus on people being temporarily unresourceful, and depending on the framework used, an emphasis on the past.

I thought it might be useful to give excerpts of my autobiography as an illustration of the approach, and the fusion of upbringing, work and social strands of people’s personality:

From my early years, we learnt from our parents the ethics of discipline, aspiration to do better, and hard graft. It at times occurs to me as a lovely metaphor: we had middle class values as a varnish on a working class chassis, as there was little to share with 5 kids. My father was a Head teacher and my mother was a Nurse, and inculcated in us the value of education, working hard, and staying interested in world events . However, I think it was my Dad who should have got the “O” level Mathematics certificate I scraped through second time rather than me!

We had some important external people in our lives that provided some parenting and stability. People like Leslie Ellis, a family friend and larger than life character, took an interest in us as kids, and their house by the beach provided a safe haven to learn table tennis, and eat lots of food. Doff Wild, or “Auntie Doff” as we called her was no relation, but a dry and astute woman who liked the family, and over the years we became intertwined with her kids. Her son Clive was several years older than me, but looked after me from time to time with care, thoughtfulness and presents. I met him at my Father’s funeral last year and thanked him for his support as I was growing up.

Because of the family approach and what our parents had grown up with, we all worked from an early age in part time jobs. I “worked” in the garden from 10 for the whole summer to earn enough money to buy my first music player; a Grundig radio tape deck, which was my pride and joy. I worked on a fish farm (courtesy of Clive) from 12, in a butchers, in a big ex army and camping stores shop in Douglas in the Isle of Man, where the old owner took a shine to me, and mentored me through selling, shop displays and working with people. When I reflect, I learnt so much from my Saturdays and holiday work there about getting along with people and understanding their needs.

I learnt some early independence, perhaps through the isolation of my family position as a middle child with older brother and sister close in age and younger twin brothers, and think it partially explains why I operate best on the fringe of groups; I’m OK with this position though, at least now at this stage of my life. I have a strong sense of integrity and justice about what’s right and wrong; some some from the values of my Mum and Dad’s work. They also instilled in us ethics around working in the public sector, right and wrong through religion, working hard and grafting to make ends meet, and the pure and unadulterated joy of music, even if learnt through gritted teeth on piano scales and arpeggios!

I talked to someone recently who I have worked with for a while, who has spent 35 years of their working life at Sainsbury’s, and took me back to the early 1980s. I started there as a raw and green Graduate Trainee after University, and whilst its wasn’t for me as a company, I learnt about organisation skills, managing people, and forecasting amongst other things. So much so that the next 2 years I spent traveling around the world, working in USA, New Zealand and Australia! I came back and had project management and marketing roles for British Telecom and Allied Dunbar, and then towards the end of my twenties, went into working both in the voluntary sector, and then the NHS. Genuinely, its what I would call an emergent approach, knowing that I liked working with people in an advisory role, but unsure where best these skills could be utilised. I also had a spell teaching in Further and Higher Education.

After the hopping around in my twenties, my thirties brought some more focus, working in health promotion in the NHS at national and local level for  a few years, until I joined what was affectionately called a “Training and Enterprise Council” (TECs as they were known) to support all sorts of organisations through a national HR standard of good practice. I did this for the best part of 7 years as an Executive, Manager and ultimately Operations Director, and on reflection its when things clicked for me, and I really found what I wanted to do; I think of it as my apprenticeship to freelance work.

I have now been running Crowe Associates with Sally for 11 years, and truly love what i do, a mixture of coaching and mentoring, group facilitation and project management in the area of people development. It’s not been a smooth journey and absolutely not incremental and linear, but I value the fact that I didn’t get stuck doing something that passed the time and paid the bills; work has always been a vocation for me, something  need to be passionate about.

Handling anxiety is really important, and I think that the work I have been doing in resilience in the last few years with public sector organisations is interesting to apply to my own practice. It’s one of the huge challenges of our world today, as a society and for us as individuals. Perhaps we know that the rise of complementary medicine and the huge increase in anti anxiety medication like depression drugs is a backdrop to today’s world, but we need to find both collective and individual strategies for coping. Mine is to slow down, do a bit less, reflect a bit more through meditation, and face tough challenges head on. Its early days on the ratcheting back, but in a strange way the economic recession has helped me slow down as my Father in law would have said “to a gallop”; a canter or a trot would be even better..!

Its illuminating to reflect that I have inhabited a structured work life over many years, helping organisations plan the future, putting in place strategic and human resources plans and performance management systems, but in the last few years I have moved into much more fluid ways of working looking at personal development, coaching, and working with groups looking at group dynamics . I’m reminded of the Papua New Guinea saying: “knowledge is only rumour until it becomes part of the muscles”. I have moved away from strict planning (not entirely as it has some usefulness) and embrace much more the interlinking of intuition and reflection with a modicum of planning, rather than planning being in the driving seat. I know from my approach to fitness that you can have all the plans in the world, but they fall without the intuition to understand and self reflect, and deal with inbuilt “recidivism” of having several goes at making changes. The future in terms of work will be about 1-1 coaching, training as a psychotherapist over the next 4 years, and continuing partnership work where I have a integral connection to people working on a project over a period of time

In broad canvas terms, I would like to access other parts of my life more as well as family and work. I love music, and have played guitar and piano intermittently over the years, but not been able to give it the time and attention I would really like. Recently, I started piano lessons after a 42 year gap and am excited!

Maintaining existing and developing a few new “human connections” is really important; as I recognise the importance of inter connectedness. I don’t need lots; a few are fine. I have a handful of really close friends, and still periodically excited when I come across like minded people I can get to know better.

All in all, I think I would like to continue to become more and more comfortable in my skin, look after my body and soul, love the people around me, and increasingly have some adventures by doing some travelling again (like the world trip I did in my twenties) or even work abroad again for a short time.

Someone quoted to me recently: “make us know the shortness of our lives, that we may gain wisdom of the heart”.  Understanding your back story and making some sense of it I think is crucial to where you have got to, and where you are going in the future. I grew up in a context of staying busy, working hard, achieving and it’s taken me years to recognise the habit of “gerbil wheeling” as a way of life.

Understanding what works for you and what makes you tick in reflecting on your autobiography to date is important. For me it’s a learning that listening to my intuition as well as my intellect is the way to go: I like the idea from the Little Prince book that “what is important to the heart is invisible to the eye”.

I like the life I lead, I’m excited about the future, and learning to enjoy and really appreciate the sense of growth and learning that is part of me, and the way that I work.