Adapted from CIPD article on Competence and Competency Frameworks

What are competence and competency frameworks?

‘Competency’ and ‘competencies’ may be defined as the behaviours (and, where appropriate, technical attributes) that individuals must have, or must acquire, to perform effectively at work – that is, the terms focus on the personal attributes or inputs of the individual.

‘Competence’ and ‘competences’ are broader concepts that encompass demonstrable performance outputs as well as behaviour inputs, and may relate to a system or set of minimum standards required for effective performance at work.

In the past, HR professionals have tended to draw a clear distinction between ‘competences’ and ‘competencies’. The term ‘competence’ (competences) was used to describe what people need to do to perform a job and was concerned with effect and output rather than effort and input.  ‘Competency’ (competencies) described the behaviour that lies behind competent performance, such as critical thinking or analytical skills, and described what people bring to the job.  However, in recent years, there has been growing awareness that job performance requires a mix of behaviour, attitude and action and hence the two terms are now more often used interchangeably.

In line with the approach developed in a number of CIPD publications, the term ‘competency’ is preferred except when specifically referring to the use of occupational standards (that is, an ‘outcome-based’ approach) in which case the term ‘competence’ is used.

The concept of competencies emerged during the early 1980s as a response to organisational changes and drives for higher performance levels. US academic Richard Boyatzis produced a book during this time entitled The competent manager: a model for effective performance, which proved to have considerable influence on the HR profession. During the subsequent decades, competency frameworks have become an increasingly accepted part of modern HR practice.Where competencies are used, it is common for these to extend across the organisation and to be expressed within a single framework.

A 2008 report asserts that competencies are typically used to define the behaviours that an employer values and believes will help achieve its long-term goals. According to this report, competencies in the modern workplace usually fall into two categories: behavioural and technical.

While competency frameworks originally consisted mainly of behavioural elements, an expression of the softer skills involved in effective performance, increasingly they have become broader and more ambitious in scope and include more technical competencies. This development has been given greater momentum by advances in technology.

One recent variation is the use of ‘strengths-based’ approaches to recruitment and assessment. Such approaches can take the theme of competency to a new level by identifying individuals’ strengths, such as roles they particularly enjoy or at which they excel, and then matching them to appropriate types of work, hence enhancing individual performance.

Developing a competency framework; which behaviours should be included?

In designing a competency framework, care should be taken to include only measurable components. It is important to restrict the number and complexity of competencies, typically aiming for no more than 12 for any particular role (preferably fewer), and arranging them into clusters to make the framework more accessible for users. The framework should contain definitions and/or examples of each competency.

A critical aspect of all frameworks is the degree of detail. If a framework is too broad (containing only general statements about individual competencies), it will fail to provide adequate guidance either for employees as to what is expected of them or to managers who have to assess their staff against these terms. If, on the other hand, it is too detailed, the entire process becomes excessively bureaucratic and time-consuming and may lose credibility.

According to CIPD research, the typical titles found in employer competency frameworks include:

Similar findings have emerged from other recent research.

When preparing a framework, it is important to take account of the legal background (for example, disability discrimination law) and ensure that none of the competencies discriminate against any particular group of employees or potential employees.

It is also important that when frameworks are used to assess competence, they recognise an individual’s potential to develop certain competencies and do not just collect evidence from use of a certain behaviour in the past.

Competency frameworks can be developed in a number of ways.  Methods range from importing an existing off-the-shelf package through to developing the entire structure from scratch. 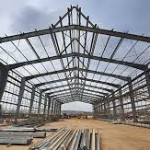 It is possible to draw on the external competency or competence lists produced in support of occupational standards and the framework of National and Scottish Vocational Qualifications. Frameworks developed in this way are often linked with progression towards recognised qualifications.

Alternatively, organisations may develop their competency frameworks through an internal research programme – sometimes aided by advisers from an external consultancy. The ideal solution might seem to lie between these two extremes, namely internally generating a framework that builds in business relevance while also drawing on external models that have been widely used and have proved successful.

However, CIPD research suggests that frameworks are usually designed in-house (with or without the help of consultants), while only a small minority use frameworks produced by an external organisation (for example a trade association or government body).  Nevertheless, many of the subjects that are included in individual employers’ competency frameworks tend to fall under expected generic headings.

Early applications of competencies and competency frameworks focused mainly on performance management and development, particularly of more senior staff. Today, however, it is recognised that an effective competency framework has applications across the whole range of human resource management and development activities. The approach has become more popular in recruitment, for example, because it enables recruiters to assess against a clear range of criteria and behaviours.

According to CIPD research, employers most commonly use competency frameworks with the aim of achieving the following goals:

Steve Whiddett and Sarah Hollyforde, co-authors of our Competencies Toolkit, argue that:

‘Many organisations develop a competency/behaviour framework with a view to managing performance and progression more effectively. However, many managers and individuals find it hard to use the frameworks to help achieve their goals and, therefore, the goals of the organisation.’

The most common reasons for this are that people do not see the benefit of the framework and are not trained adequately; there are no clear links to what the business is aiming to achieve; and many frameworks are a mix of different concepts, which makes them unwieldy.

The authors suggest the following simple steps to check whether a competency framework is fit for purpose:

The main benefits of a competency-based system are argued to include the following:

The main criticisms of competency frameworks usually suggest that they: