This article gives some theory behind group dynamics and the different behaviours you may observe within one group. There is a lot more practical and theoretical information in Teams and groups section.

As a Leader you ideally want a balanced team, so it is worth taking some time to observe your team and see where individuals sit in the group dynamics.  You may observe areas of behaviour that negatively impact your team, which you can then address.  Alternatively, you may observe positive behaviours that you would like to encourage.  Understanding your team is a step to developing an effective group.

In all human interactions there are 2 major ingredients – content and process.

The first deals with the subject matter or task, and the second is concerned with what is happening between and to group members.  Group dynamics deals with such things as:

These things can influence the effectiveness, or otherwise of a group.  These processes are present in all groups, and awareness of them will enhance a person’s worth to the group and enable him/her to be a more effective group participant.

This is mostly related to verbal participation –

Influence and participation are not the same thing.  Some people may speak little yet capture the attention of the group.  Others may talk a lot but are not generally listened to by other members. 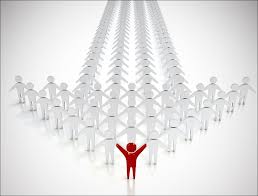 Influence can take many forms.  It can be positive or negative.  It can enlist the support or cooperation of others or alienate them.  How a person attempts to influence another may be the crucial factor in determining how open or closed the others will be towards being influenced.  These are suggestive of 4 styles that frequently emerge in group:

Many kinds of decisions are made in groups without considering the effects of these decisions on other members.  Some people try to impose their own decisions on the group, while others want all members to participate or share in decision that are made.

These functions illustrate behaviours that are concerned with getting the job done or accomplishing the group tasks.

These functions are important to the morale of the group.  They maintain good and harmonious working relationships among members and create a group atmosphere which enables each member to contribute maximally.  They ensure smooth and efficient teamwork with the group.

Something about the way a group works creates an atmosphere which in turn is revealed in a general impression.  In addition, people may differ in the kind of atmosphere they like in a group.  Insight can be gained into the atmosphere characteristic of a group by finding words which describe the general impressions held by group members: 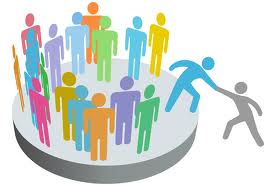 A major concern for group members is the degree of acceptance or inclusion in the group.  Different patterns of interaction may develop in the group which give clues to the degree and kind of membership:

During any group discussion, feelings are frequently generated by interactions between members.  These feelings are seldom talked about.

Standards or ground rules may develop in a group that control the behaviour of its members.  Norms usually express the belief or desires of the majority as to what behaviours should or should not take place.  These norms may be clear to all members (explicit), known or sensed by only a few (implicit), or operating completely below the level of awareness of any group members.  Some norms facilitate group process and some hinder it.