Adapted from a Chartered Institute of Personnel and Development article 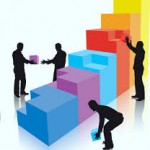 Anyone with responsibility for organising resources or people is a Manager, and the great bulk of the four million plus managers in the UK are at relatively low levels within organisations. So, we are talking about anyone from supervisors to Chief Executives, and about all activities aimed at developing people from where they have no management responsibilities to those where they have at least some.

Since the mid-1980s, when reports expressing concern about the damaging effects of the lack of management development were published, commentators have argued that Britain is at a competitive disadvantage in respect of the educational stock of its managers; managers elsewhere in Europe and the USA are generally better-educated. But the need is not simply for the private sector to respond to global competition; in the public sector, it is to deliver better value for money and improved services.

What is management development?

There are at least as many definitions of management development as there are books on the subject. But for the purpose of this article, it is taken to cover the entire structured process by which managers learn and improve their skills for the benefit of their employing organisations and themselves. The word ‘structured’ is important because, like everyone else, managers learn all the time from experience – from doing their jobs. Only if that informal learning is picked up or used in some kind of formal process should it be counted as management development.

What do we mean by management?

The term ‘leadership’ is often used almost interchangeably with ‘management’, but leadership is different: whereas management is about rational thinking, leadership appeals more to the emotions. However, leadership is an important component of management. 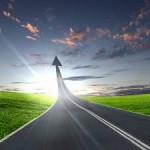 ‘Talent management’ is another term which is often used. Originating in the USA, it seems to have originally been used to describe the recruitment of an organization’s most valuable employees. The meaning then shifted to cover attraction, selection and retention (which might include compensation) and has expanded again to take in the development, motivation and cultivation and succession planning of those who are seen as crucial to organisational success and will fill key positions – normally (very roughly) only perhaps 10 to 20 per cent of managers. So in one sense talent management is wider than management development because it also covers recruitment and compensation, but in another it is narrower because it only refers to those at or heading for senior positions. (A new term ‘leadership talent’ also seems to be arriving from the USA to confuse matters further!) However, the techniques used in so-called talent management to develop people are those summarised below, including core competencies, coaching, succession planning and various methods of formal and informal learning.

Much of what is written about management development focuses on large organisations, public or private, and on senior managers – future business leaders – perhaps because they are the most interesting to academics and have more resources invested in them. But managers at all levels, and not just those at the top, need to be developed. Moreover, a substantial weakness of the British economy is the performance of small businesses, partly because of problems of management skills. Small firms are not simply smaller versions of big companies: they are less likely to see the need for management development, they have fewer resources to devote to it, their managers have to be more multi-functional, and they may need to learn in different ways. There may also be family issues to consider. So bear these points in mind when considering the techniques described below, because some are more appropriate to large organisations than small and to certain levels of management.

The techniques used for management development are wide and varied. Each of the techniques summarised below is a subject in itself. The list follows the distinction made above between work-based methods and formal training and education, although clearly there are links between them (for example, an individual may need to take a training course before being given additional responsibilities, and most management education courses include projects in which the student draws on experience at work or seeks to solve problems there). Although people skills are a key element of management, formal training interventions are rarely good at producing improvements in inter-personal behaviour. Work-based methods appear to be most effective here and in some other areas. For this reason, they are listed first. 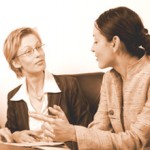 One of the outcomes of the concerns of the 1980s was the establishment of the Management Charter Initiative (MCI), which went on to produce occupational standards for managers. Although they have been criticised, these standards provide a specification of competencies, or abilities, which it is argued that managers in various roles and levels require. They can thus provide a starting point for determining development needs and for designing development programmes. Qualifications have been developed using this framework, which requires evidence of competence at work. Many organisations have developed their own competence frameworks

Recent surveys suggest that coaching, counselling and mentoring are growing, with over 80 per cent of organisations using them to develop at least some of their people. These one-to-one methods offer personally-tailored reflection and discussion in confidence between a manager and another individual about that manager’s development. The three terms are often used almost interchangeably, but there are differences.

Coaching is about improving skills and performance, usually for the current job, but also to support career transitions. Coaches seek to bring an objective perspective to a structured dialogue to bring about sustainable solutions. Usually coaches are hired from outside the organisation, but increasingly some organisations expect all line managers to operate as coaches, and it is often true that a young manager will learn more from senior colleagues than from any other source or formal learning intervention. Coaching’s focus on skills distinguishes it from counselling, which is about helping people with personal concerns such as motivation and self-confidence.

Mentors, by contrast, usually come from inside the organisation. Typically mentors will be experienced managers (but not individuals’ line managers, because frankness is needed in exchanges) who regularly meet more junior colleagues to help them perform better and groom them for career advancement. But for more senior managers, outside mentors may sometimes be hired. This blurs the difference between coaching and mentoring, but the differences are perhaps that mentors have relatively long-term relationships with their junior colleagues and their focus is less on events than it is in coaching.

Most people learn best by doing. If that process can be structured, so much the better. Action learning sets help to achieve this by making their members focus on solving live issues in their normal working environments by trying out different approaches, with discussion and support from colleagues to help them reflect on their impact.

Increasingly, managers work in cross-functional teams, exposing them to different functions and enabling them to learn about different aspects of the organisation and ways of doing things. Putting people on such teams is one way of broadening their experience and effectiveness.

Taking a role in another organisation through secondments for a year or two – or sometimes, in the case of senior people, non-executive directorships – is another way of broadening experience.

Appraisals and even performance and development reviews can be perceived as subjective and over-dependent on the views of the person doing the reviewing. The process of 360-degree feedback seeks views from a range of relevant viewpoints – peers, superiors and subordinates, and sometimes even outsiders like customers and suppliers – based on a framework of competencies. The aim is that the process will provide a more accurate assessment than a review from one individual and point to areas where development (or even simply behavioural change) is needed.

Succession planning is a process by which one or more successors are identified for key posts (or groups of similar key posts), and career moves and/or development activities are planned for these successors. It usually covers only the most senior jobs in organisations, plus short-term and longer-term successors for these posts. The latter group is in effect on a fast-track, and are developed through job moves within various parts of the organisation. This focus on the most senior posts – perhaps the top two or three levels of management – means that even in large organisations, usually only a few hundred people at any given time will be subject to the succession planning process. 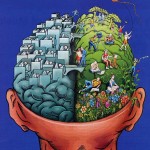 In large organisations especially, formal training is given in the shape of courses, particularly at key transition points such as first management jobs and as preludes to promotion. Their content will vary according to the organisation and the role the individual is to fill, but in the private sector finance and business strategy is a key component. Change management appears to be increasingly popular.

In the past, such training tended to be delivered as long, single residential courses, but increasingly they are delivered in modules, with work-based projects and maybe coaching and mentoring in between. This is not only because it is easier to spare people from work for short periods but because there is growing recognition that people learn best in ‘chunks’, supporting the theoretical knowledge learned in courses with practical experience. Such training might be delivered by in-house training specialists, by business schools, by large training consultancies, by individual freelance trainers, or by any combination of these.

Outdoor development is sometimes used for team building purposes, while in-house providers or external deliverers can provide ‘one-off’ training to fill particular gaps which might be identified because of organisational needs or through the review and one-to-one processes mentioned above. An important aspect of getting people together away from the workplace is that they can exchange ideas outside the classroom, while meeting people from elsewhere in the organisation helps in corporate networking.

Increasingly, organisations are seeking to supplement traditional courses by e-learning, which is the use of computers to deliver training, often delivered through corporate intranets. It provides large populations with the same material, and access is flexible so that people can learn in their own time. Against this, e-learning does not appeal to everyone, and it works better for ‘hard’ knowledge than softer skills like communication or leadership. But mixed with other forms of learning (as ‘blended learning’), it can be a valuable tool.

One of the most significant features of the past 20 years in the UK has been the growth in management education at university level. From just two business schools at the beginning of the 1970s, there are now over one hundred higher education institutions offering undergraduate and postgraduate courses, with about 20,000 first degrees and 11,000 higher degrees – mainly MBAs – awarded every year. Over 80 per cent of MBAs are awarded from distance learning or part-time study. Some of these MBA graduates will be sponsored by their employers, but others will have decided to study for themselves as part of their own programme of career development. Some companies have what they call ‘corporate universities’ for the delivery of management education and seek to accredit the majority of their programmes so that learners can go away with a qualification.

With the growth of MBAs has come a similar increase in the number of people taking the Certificate in Management and the Diploma in Management Studies at a lower level, while about 20,000 people a year take the NEBS qualification for supervisors.