The questionnaire usually consists of a number of statements rated on a scale, and includes the opportunity to add free text comments. The report should summarise the answers given. It often shows the actual ratings given for each question, and for each competency, and any written comments (a ‘competency’ is an area of performance measured by a group of questions).

As the term ’360 feedback‘ suggests, the recipient receives feedback from those all around them in the organisation: from above (their Manager, or Managers), from below (their direct reports) and from alongside them (their peers or colleagues). And, in today’s flexible and changing organisations, 360 feedback questionnaires are often filled in by a diversity of people, including suppliers and customers outside the business.

Because organisations have become less hierarchical, Managers often have multiple lines of reporting and there is much more team-based working, so feedback from just one Manager is no longer sufficient. There are often closer working relationships with other stakeholders, for example clients, customers, and suppliers, who can add a different and valuable perspective.

Research on 360 feedback shows a consistent improvement in skills and performance. However, research by the Chartered Institute of Personnel and Development (CIPD) in 1997 could not adequately prove that performance management had an effect on business performance, although the research concluded that this was probably because there was not enough evaluation taking place.

If 360 feedback is to make a difference, it is important to ensure that:

Done well, 360 feedback challenges the recipient’s perceptions of their skills and performance, and provides the motivation to change. It can challenge perceptions in three ways:

It is often critical feedback that provides the greatest motivation to change, as long as the respondents are credible and their views are of value to the recipient. And good feedback gives people the information they need to change: it tells them in just which competencies their strengths or weaknesses lie.

What can people discover about themselves? 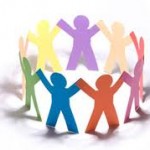 360 feedback should not bring any surprises to people. It should help them to understand how their behaviour is perceived by others and confirm the behaviour that is most likely to get results. If implemented appropriately, it can give good information about:

What concerns do people usually have?

360 feedback is a sensitive issue. The CIPD organisation has come across instances where it has been questioned by individuals, many of which can be traced to inappropriate implementation. In general, if individuals are going to trust the 360 feedback process, practitioners must ensure that:

In organisations that do not have a tradition of open feedback or upward communication, it is likely that 360 feedback will be seen with greater levels of mistrust. This can be overcome with sufficient attention to the above issues but may also have to be accompanied with some pertinent challenges to the prevailing culture to establish higher levels of trust.

Generally, an organisation may not be ready for 360 feedback if is in the middle of a change programme which includes downsizing or restructuring and where the aims and objectives can be misinterpreted.