Role clarification work is designed to help team members and the Manager/Team Leader develop clarity about the roles and responsibilities on the team. Members also identify gaps and overlaps and make plans for dealing with them.

One of the most common sources of conflict and dissatisfaction in teams stems from the lack of role clarity between team members and between the team and the Leader. This is a good team building activity and is essential when the team is first formed. It can also help existing teams identify if lack of role clarity is an issue for them; it could also be viewed as a good “spring cleaning” or review activity that Teams should consider on a periodic basis.

It involves team members asking searching questions about their current role, areas of the role that are unclear, overlaps with other team members, and provides the opportunity for the team to provide feedback to each individual on what they would like to see “more of” and “less of”.

It is typically a challenging session, and people may need to do some warm up work before going into the exercise. 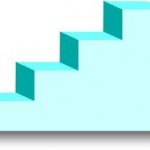 Seven Steps to Role Clarification provides a step by step guide to the exercise; ideally this should be facilitated by someone with good experience of facilitation, and plenty of time allowed for debrief and learning.