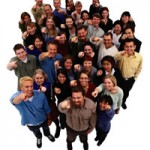 A good working definition of a team is: “a small number of people with complementary skills who are committed to a common purpose, performance goals, and approach for which they hold themselves mutually accountable.” (Katzenbach & Smith)

High performance teams add tremendous value to organisations.  Nurturing and developing them aids efficiency and maximises the effectiveness and flexibility of individuals and the organisation.

An effective team has the following characteristics:

A working group or a team? Types of Teams

Groups often display no obvious problems but have unsatisfactory performance levels.  They can be hard to differentiate from really effective teams.  Close observation usually illustrates the sometimes subtle but significant differences that affect performance. 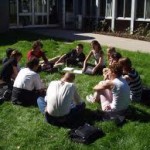 In terms of types of teams the Chartered Institute of Personnel and Development (CIPD) identifies a number;

Ideally, a high-performance team should have a balanced mix both of skill and experience.  These may be existing skills developed in other parts of the organisation and in other teams, and often a mix of experienced people who have been with the organisation some time, along with the periodic injection of “fresh blood” from outside the organisation to bring in new ways of thinking.  Lack of training is a major barrier to successful team implementation. 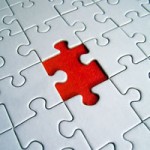 Teams work best when individuals can contribute according to personal inclination and talent.  The Belbin team roles questionnaire facilitates this process by identifying preferred functions.  You can use it to introduce the team concept.  With this information it is possible to build a matrix to complete your team.  It can also be used to quickly assemble smaller teams with specific characteristics for particular projects or short-term tasks.  By identifying secondary roles that individuals can fill, it can also be used as a professional development tool for your staff and to fill any gaps in your ideal team structure.  Almost all teams require settling into place before they reach optimum effectiveness, the questionnaire can reduce some of the stress and time involved in this.

Belbin role types within the team

The research around effective teams clearly shows that teams that take time out to reflect on how they are working periodically, are more effective, through things like:

A really helpful, free team roles test similar to Belbin which each team member can complete