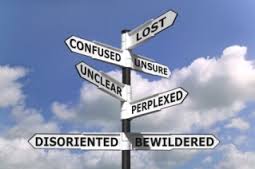 The Five Dysfunctions of a Team is a business book by consultant and speaker Patrick Lencioni. It describes the many pitfalls that teams face as they seek to “row together”.

The book explores the fundamental causes of organisational politics and team failure. It outlines the root causes of politics and dysfunction on the teams where people work, and the keys to overcoming them. Counter to conventional wisdom, the causes of dysfunction are both identifiable and curable. However, they don’t die easily. Making a team functional and cohesive requires levels of courage and discipline that many groups cannot seem to muster.

Lencioni suggests the reasons why teams are dysfunctional  is because they are made up of human beings with varied interests and frailties. When you put them together and leave them to their own devices, even the most well-intentioned people will usually deviate toward dysfunctional, unproductive behaviour. And because most Leaders and Managers are not schooled in the art of building teams, small problems are left untreated and spiral further and further into ugliness and politics. 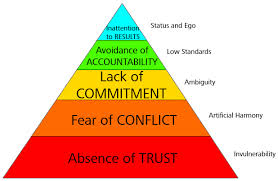 The fear of being vulnerable with team members prevents the building of trust within the team.

The desire to preserve artificial harmony stifles the occurrence of productive ideological conflict, and manifest themselves in veiled discussions and guarded comments. All strong relationships that last over time require productive conflict in order to grow

The lack of clarity or buy-in prevents team members from making decisions they will stick to. Strong teams move forward with buy in from all, even those who disagree with the decision because they have aired opinions in passionate and open debate

The need to avoid interpersonal discomfort prevents team members from holding one another accountable, and committing to a clear plan of action for the whole team and the individuals in the Team.

The pursuit of individual goals and personal status erodes the focus on collective success; inattention to results occurs when team members put their individual needs of the needs of their area of the business above the collective goals of the Team.

The ideas are from an article entitled “twelve tips for team building: how to build successful work teams” by Susan M. Heathfield

People in every workplace talk about building the team, working as a team, and my team, but few understand how to create the experience of team work or how to develop an effective team. Belonging to a team, in the broadest sense, is a result of feeling part of something larger than yourself. It has a lot to do with your understanding of the mission or objectives of your organisation.

You need to differentiate this overall sense of teamwork from the task of developing an effective intact team that is formed to accomplish a specific goal. People confuse the two team building objectives. This is why so many team building seminars, meetings, retreats and activities are deemed failures by their participants. Leaders failed to define the team they wanted to build. Developing an overall sense of team work is different from building an effective, focused work team when you consider team building approaches.

Executives, Managers and staff members universally explore ways to improve business results.  Many view team-based, horizontal, organization structures as the best design for involving all employees in creating business success. No matter what you call your team-based improvement effort: continuous improvement, total quality, lean manufacturing or self-directed work teams, you are striving to improve results for customers. Few organisations, however, are totally pleased with the results their team improvement efforts produce. If your team improvement efforts are not living up to your expectations, this self-diagnosing checklist may tell you why. Successful team building, that creates effective, focused work teams, requires attention to each of the following.

Another good and more in depth article on 17 secrets to improving team work is also worth a look at.

END_OF_DOCUMENT_TOKEN_TO_BE_REPLACED 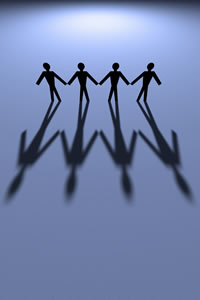 I have been involved running several Action Learning Sets over a number of years, both as a Facilitator and as a current member of two, and find them a wonderfully fluid and affirming way to develop.

This article explains the principle of Learning sets, how they work, the role of the Facilitator, along with a “sprinkling” of quotes from recent evaluations of people involved in Learning set programmes. END_OF_DOCUMENT_TOKEN_TO_BE_REPLACED 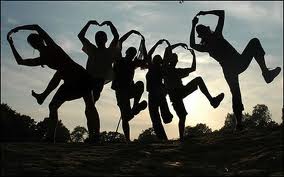 Groups can have both a positive side, and there is evidence to show that individuals with some dysfunctionality can still collectively achieve tremendous things; the sum is greater than the parts. Groups can also have a negative side, which most people experience at some point as part of a group in their lives. END_OF_DOCUMENT_TOKEN_TO_BE_REPLACED 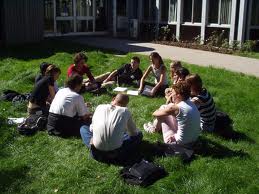 There is the saying that “we come into the world alone, and leave alone and everything else is a gift”. Whilst our significant one to one relationships are crucial to our emotional wellbeing, it is an understanding of who we are with groups, family work or social, that is at least as important to good emotional health. The purpose of this article is to go through a few of the key theories around groups, how groups develop, group conflict, some personal thoughts and experiences, and signpost to additional resources.  END_OF_DOCUMENT_TOKEN_TO_BE_REPLACED

Facilitation literally means “to make easier” and provides a framework to solve a particular problem, gain consensus to a course of action, or mediate in a conflict. Its usually carried out in either a large or small group setting.

There are a number of approaches such as group work, Action Learning, “world café”, topic based or “free flow”. END_OF_DOCUMENT_TOKEN_TO_BE_REPLACED

“The bottom line is, when people are crystal clear about the most important priorities of the organisation and team they work with and prioritised their work around those top priorities, not only are they many times more productive, they discover they have the time they need to have a whole life”. 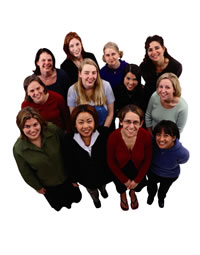 We all come across groups or teams in our places of work, our homes and our social life.

When people join together in any kind of group setting, it becomes a living and growing entity. Some people act quite differently in a group setting to the way they act with people 1-1, and can either thrive or struggle with the different dynamics and form that group relationships take to 1-1.

When people work together in a group, all sorts of things happen: allegiances are made, cliques formed within the wider group, there are issues around control and dominance, and sometimes “scapegoating” of an individual(s) can take place; this is what is referred to as the group process or group dynamic, and often gets overlooked in work settings for the apparent “chalice” of the task.

This section covers a range of areas including creating team values, facilitation and group conflict to help teams and groups manage and grow, and to help you support them in this work.